Idea to Rush Axiom with Zookas

Idea to Rush Axiom with Zookas

Essentially, my idea is that we can beat Axiom within 2-4 attacks using all zookas. It would require high level players doing the attacks.

A video that my strategy is based off of is here:
https://www.youtube.com/watch?v=yOEFJCtCpeU&feature=youtu.be

As you can see, in that video, the Dead End version of Axiom is beat in one attack by a player with all zookas. Obviously, we do not have the same firepower as this person (he had 159 GBE and everything maxed), however, we can do essentially the same thing we did over multiple attacks. It IS necessary to have high GBE for each person, however. The general idea would be:

Second/Third/Fourth Attack: Attack from the right side, parallel to where the first attack was, basically in a straight line directly to the right of the Core. Once the zookas are at the back where the BC's and Cannons are, use a shock or two if gbe remains to help kill them. Once most of these are gone, hit core. Core should be destroyed relatively easily.

Theoretically, this could be done in just two attacks if the attackers had enough GBE and skill, however I don't expect this because it would be incredibly difficult to have a flawless smokey zooka attack.

REQUIREMENTS TO DO THIS:

Re: Idea to Rush Axiom with Zookas

just for you to know. i am maxed and all boosted my gbe is 152.
but i cannot boost all my statues for daily ops, i can do it say once a month maybe. 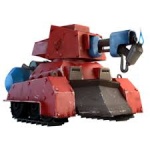