Base layout: Core surrounded by FT's, and 13 RL's on the outskirts with 2 minor SL.

Attack 1: Bernd
24 grenadiers lvl 10 and 8 medics lvl 11
Used smokes to get around the east outskirts. Destroyed cell's for GBE, then heading straight for the core. Shocked the main RL's, in order to get some damage on the core. 1 RL was destroyed at the end.

Attack 2: nikipuzzo
9 heavies lvl 9 and 20 zookas lvl 9
Shocked a cluster of RL's and 1 SL in order to get to the east outskirts, less then half survived. Only able to take down 4 cores.

Attack 4: Master Chief
58 zookas lvl 16
Smoked the coast in order to deploy troops, but was not smoked fully, which costed him more then half his troops. Used the remaining troops to get to a 1 o'clock position from the core by using the reaming GBE. RL's were still in rage when he got there.

Attack 5: Fatdave
20 heavies lvl 20 and 38 zookas lvl 19
Smoked to the east outskirts in order to get to a 1 o'clock position from the core, and a few SL shocks got in the way. When at a good position, used medkits and shocks in order to attack the core. 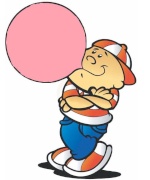