As most of you know I'm not a fan of heavy/zooka (because I suck at them). However, bias aside there are definitely some times when "hooka" is NOT the best choice for an operation attack. What follows are some of my thoughts and considerations. I'm hoping you read them and helps the team, and inspires some sharing of ideas

For example, if facing a bunch of cannons/boom cannons then heavies will probably get one-shotted. So, boatload of riflemen actually makes a better shield because:

1. Cannons shoot only every 3 seconds and BoomCannons every 5, so with 16 riflemen you end up with 48 or 80 seconds of time for a lot more damage to be done. Compare that to 8 heavies where you only get 24 or 40 seconds to do damage.
2. A group of riflemen do tonnes more dps than heavies, so things actually get destroyed faster

Some observations I've had on smoke:
1. If troops have been under smoke, a group of cannons will often target and fire at the same individual once the smoke clears. They fire concurrently at one target - so in effect, 1 rifle can distract 4 or more cannons!
2. Riflemen fire a salvo INSTANTLY after the smoke lifts - while zookas have a 1 second delay. Defensive cannons have a 2-4 second delay before firing. Consider this when approaching a weak target and maybe save some troops.

Finally,
"Rooka", "Hooka" or "Zookas" vs. Sniper towers are a toss-up depending on the level of your heavies. Choosing the best composition for an operation requires a bit of arithmetic. During operations it usually only takes 1-2 shots for a sniper to kill a heavy. So again, before I deploy I think to myself "If I have 8 heavies that die in 2 shots, then I have a 16 shot shield who take longer to walk into firing position (thus taking their 2 shots before even firing a shot themselves) and do minimal damage. OR I can have 32 riflemen on the same amount of boats, buying me 32 shots before my zooks start getting killed - and the rifles do way more damage with the same amount of boats"

Finally, consider the all zooka. Especially against cannons! The same numbers game as above applies (seconds to reload a cannon vs. time to destroy it), but each boatload of zookas do SO MUCH DAMAGE. (Plus, zookas are pretty compliant and predictable to smoke and flare.) And it's super fun to sneak a pack of zooks through a base right to the core for a sneaky takedown.

Anyhoo. Those are some of the things I think about. You guys probably think of all this stuff too - if so, please add to the discussion! I am keen for us all to learn little tips and tricks from each other!

(If you read this far then awesome, sorry for the huge post(s). I'm a law student, so writing/typing messages pretty much always ends up as a billion word essay before I even notice I've written so much)

Re: Consider NOT using "Hookas"

The one thing I have noticed with this group, Not everyone but it seems to be pretty common. players will shock a group of cannons and not the mortars or mgs. along those same lines the mgs and mortars do WAY more damage than 4 cannons will do to a group of rifles or zookas. I am a tmed player atm but intend to start upgrading my zookas starting today. something for people to think about before they attack is "exactly WHAT defenses am I going to shock to allow me to do the most damage." It is not necessarily the defenses that do the most damage per shot but over time. mgs, fts, mortars, kill in large numbers. cannons and boom cannon and sniper tower kill slower. Tanks you worry about the second group, with infantry you worry about the first group. 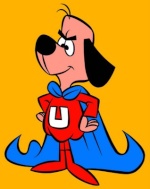