do we want a practice day sometimes (about once a month) to improve our skills ?

due to a very unpleasant chat today, here is another question to all of you.
Do you see sense in doing a practice day sometimes (approx once a month) for instance warrior or zooka to improve our skills our do always want the maximum fp ?

Am not going to comment on the chat from today apart from two things: This TF is mean to be democratic. But we cannot do polls on every little thing, normally no more than 10 people take part anyway.

I do not like people expressing their thoughts in a way that insults other people. There is no need to call decisions "stupid" when you were not on, when the decision was made. Maybe there were even worse words used, am glad i didn't read the whole chat ;-)

When will the voting period ends?

The main problem I saw was that those who were not in chat, me included, when the decision was made had no idea why the notes seemed to be advising sub-optimal attacks. Sub-optimal in that whilst they can look great and baller on Youtube the videos are made using maxed boosted troops with a ton of available gbe. Most of us have neither the maxed troops, the available gbe or the power powders to even attempt it.

Having said that I do think the idea has a lot of merit with a few amendments.

1. When having a training op title it as such as the first thing on the notes. A simple way to avoid confusion.

2. Be more specific. The notes need to say what is to be targeted bearing in mind the available gbe and strength of the average in the group. Asking anybody to smoke zooks to the back of a map which would take more gbe than they have helps nobody, whereas asking them to smoke to a target half way up the map may be more reasonable if they still have the ability to shock splash defences in range.

3. Be understanding that not everybody can be on chat as often as you may like. My real life stuff leaves me little free time to be in chat most days. I will contribute when I can but sometimes it is all I can do to clear my NPC bases before I have to log off again.

I do support the idea of training and have voted accordingly but remember that most of us are not going to be soloing anything but the simplest of bases any time soon.

5k tears made some great points! I think all of the officers will be on board with tweaking the notes slightly to not only accommodate low level troops but also to identify "op training day" up front. This was my first situation like this so I apologize for not thinking about this ahead of time. Moving forward if I am the one making notes I will title it with op training etc and make constructive steps instead of putting the "finish him" for the core notes there.

The idea is a great one in my opinion, if we continue to use this idea moving forward we need the TF as a whole on board. Half the TF does not bother to register or if they do do not read any posts. Comes down to the level of dedication people have to not only being part of a great group, but wanting to make it stronger and progress in the game. Perhaps referencing the forum on training days would be helpful too, get people involved. It's the "not knowing" and then lack of discussion or researching the forum that leads to animosity.

Just voted in favor of the "practice day" once a month during op. I think the idea has a clear added value to the cause. Of course We can tweak it a bit and be more specific but let's do that since it will definitely contribute to the team member skills, and at the end of the game it,s just fun

I was part of the chat today and felt that the guys were extremely disrespectful regarding the practice day decision. Even after I tried to explain, as politely as I could, the reasoning behind this decision they opted to stay rude and disrespectful.

I personally feel that, in future, if guys so rudely disrespect the rules of the TF, they should be warned and if they repeat this they should be kicked.

I love the professionalism of this Task Force and believe it to be an honour to be part of it. We do not need rudeness and disrespect to the extend that it was displayed today.

I voted for practice days and felt that, overall, today was a great success.

Great suggestions 5K. I agree with the comments above. Also, in chat someone suggested maybe devoting a single, or maybe two, core missions reserved for a portion of the TF to practice specific maneuvers on. The other 3-4 bases would be open to best troop combinations as usual.

This way, bases that are good targets for the selected practice can be chosen, rather than blindly opting to use one tactic for all bases, regardless of layout. Also makes it less likely we lose the whole op because the practice tactic was not optimal for all bases.

If the members selected for that practice fail to clear the chosen base(s). Someone can do cleanup on that base so we finish. But only after the "practice team" has had their go. 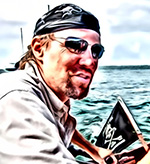 These are all great ideas. Too bad to hear about yet more negativity and controversy in the chat. I'm kinda glad I missed it, but sorry for those of you who were subjected to it. It probably goes without saying that I'm an advocate for training and skills building.

On that note, having tried to push these ideas for a while now, I came to a conclusion for myself. I kinda realized that if I'm so gung-ho about trying experimental tactics, then I should also be doing it on my own time. Last week I spend the entire week attacking npc bases with ONLY all zooka. It was expensive and frusterating, but I saw it as developing myself, and much easier than trying to convince 40+ other people to do it too.

So, I think we should absolutely be working on those skills, and designating one or two bases as clear "practice bases" is a fantastic way to do it, because there are some other considerations:
-not everyone wants to practice stuff
-even I wouldn't want to see our op rewards start dropping because we forced people to attack 'sub-optimally'
-we are not going to attract or retain heavy hitters if we're "training" and tell them they can't use scortchers etc.

Basically, my realization that I wanted to share with you guys, is that probably only a few of us die-hard-boom-nerds want to become better skilled, and there is no point or reason to force everyone else to do it too. 50 different people enjoy this game for 50 different reasons, and that's how it should be. Therefore, after yet another long message, my point is that I agree with the idea of doing "practice days" on a much smaller scale - like occasionally designating one or two bases.

MajorMeesh wrote:Great suggestions 5K. I agree with the comments above. Also, in chat someone suggested maybe devoting a single, or maybe two, core missions reserved for a portion of the TF to practice specific maneuvers on. The other 3-4 bases would be open to best troop combinations as usual.

This way, bases that are good targets for the selected practice can be chosen, rather than blindly opting to use one tactic for all bases, regardless of layout. Also makes it less likely we lose the whole op because the practice tactic was not optimal for all bases.

If the members selected for that practice fail to clear the chosen base(s). Someone can do cleanup on that base so we finish. But only after the "practice team" has had their go.

only saw qy words there might have been more people .. totally agree with you.

ok, after reading your posts the synthesizes seems to be picking a practice map once a week.
i say we take one on saturdays mission when we go one op down since saturdays we have kicking day and are not full anyway.

I just wanted to add some clarity for those who missed the "negative" chat.

The problem, as I saw it, was simply down to a lack of understanding as to what we were supposed to be doing and the reasons for it. For those of us not part of the discussion of a training op we were simply faced with an op seemingly asking us to use either warriors or zooks only with no targets specified. Even when JJ came on chat and said it was a training op the implication of the note, and from what JJ was saying, was that we were supposed to smoke our zooks all the way up the right hand side and across the back to the rls there.

The argument that followed was then a few of us trying to explain that we didn't have nearly enough gbe to get our zooks there and they would be wiped before they even got a shot off. JJ kept reiterating that is was just training but was unable to offer an opinion how we were supposed to practice an impossible task. Of course we then took the obvious decision to smoke our zooks as far as we could and just do what damage we could.

The only reason that another player called the idea stupid was not I believe the fact of having a training op, but due to him being expected to go on a suicide run that he felt would teach him nothing.

Again this is posted just give a proper picture of what occurred and not to fan any more flames of dissent. Hopefully if some of the above points are implemented it will not reoccur in the future as things will be far clearer than they were this time.

5k, thanks for adding this, clarifies a lot i think. I just logged on saw this chat and felt a bit offended to be honest.
These irritations can occur, we are not online at the same time, we do not have an ideal tool of communication and everybody takes this serious to a very different extent.

one reminder though: we always agreed on " if a basenote seems irrational or we have a better plan " we do not have to blindly obey the notes IF we post why we attack differently in the chat or here. So you always can base your behaviour on that generel decision. Btw there were some guys not going pure zooka or warrior and they are not kicket or shouted at

OK, AM GOING TO CLOSE IT NOW:

SO ON SATURDAYS (KICKING DAY, HIGH FLUCTUATION) WE GO ONE OP DOWN AND DECLARE ONE MAP AS PRACTICE MAP! SORRY FOR CAPITALY, WANT TO MAKE SURE YOU READ IT